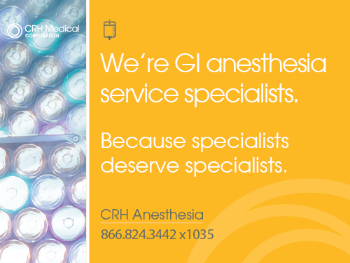 Zenker's diverticulum (ZD) is a pharyngeoesophageal pulsion diverticulum which presents in the elderly and contributes to morbidity due to dysphagia and pulmonary aspiration. Open surgery and rigid endoscopy have previously been the primary modalities for therapy, however with a favorable safety profile and similar success rates, flexible endoscopy has become an emerging therapeutic modality in the treatment of ZD. This review seeks to highlight endoscopic techniques and tools in the management of ZD.


DISPATCHES FROM THE GUILD CONFERENCE, SERIES #16

Colorectal cancer (CRC) is the 3rd most common cancer among women. In the article we present PINK PLUSTM, an innovative program combining three women's screenings in one visit; mammogram, gynecology exam (GYN) and pre-colonoscopy visit (GI). PINK PLUSTM is a flexible and convenient program demonstrating a high rate of compliance with colonoscopy, which could serve as a national template aimed at increasing adherence to all women's cancer screenings, especially in underserved communities, by combining these life-saving screenings into one visit.

The interaction between diet, gut microbiota, and inflammatory bowel disease is an immense process with many complex mechanisms. Food additives are one component of the human diet that face intense scrutiny by society, governing bodies, and science. Here, we review how certain food additives may influence the pathogenesis of IBD, with an emphasis on how food additives affect mechanisms of the gut microbiota.

Join CRH Medical Corporation to learn more about the ancillary opportunities available to gastroenterologists at the ACG Annual Meeting 2018 on Monday, October 8 at 12:45 pm in the ACG Product Theater. Speakers Jay Kreger, President of CRH Anesthesia, and Dr. Mitchel Guttenplan, Medical Director for CRH Medical Corporation, discuss. Lunch will be provided and your attendance enters you in a draw to win an iPad Pro.

To investigate the natural course of EoE and to evaluate the association between undiagnosed disease and the occurrence of complications over two decades in a large cohort, retrospective analysis of charts of patients diagnosed with EoE between 1996 and 2015 was carried out, collecting information from 15 hospitals throughout the Netherlands. Histologic, clinical, and endoscopic characteristics were identified and stratified by age and diagnostic study.


Evaluation of Time-Dependency of Adalimumab Immunogenicity and Drug Concentrations

Evaluation of Time-Dependency of Adalimumab Immunogenicity and Drug Concentrations

To confirm the dose-response relationship of aspirin usage and gastric cancer and to estimate the cumulative dose threshold of aspirin to achieve protective effects against gastric cancer in the general population, 461,489 individuals in a population-based, longitudinal cohort provided by the National Health Insurance Services in the Republic of Korea were observed from 2007 to 2012 to identify gastric cancer incident cases.

To compare the complete resection rate of hot snare polypectomy (HSP) with that of endoscopic mucosal resection EMR for small, sessile or flat polyps, patients with 5- to 9-mm non-pedunculated colorectal polyps were prospectively randomized for the HSP or EMR group.


From the Pediatric Literature

Fecal calprotectin (FC) is a protein released by neutrophils, and measurement of FC via an ELISA test is used to test for gastrointestinal inflammation, as increased FC levels are associated with disorders such as inflammatory bowel disease (IBD). Gastroenterologists routinely use this test, but utilization of FC testing by primary care physicians for determining a diagnosis in children is unknown.

Esophageal atresia (EA) is associated with significant morbidity in children, and fundoplication often is performed in patients with EA when complications from gastroesophageal reflux disease (GERD) cannot be controlled with medical management. However, it is unclear if the pathophysiology of EA affects the efficacy of a fundoplication. The authors of this study identified all pediatric patients with EA who had undergone fundoplication and compared this group with all other patient types who had undergone fundoplication at a tertiary children's hospital in Australia over a 20-year period (1994-2013).